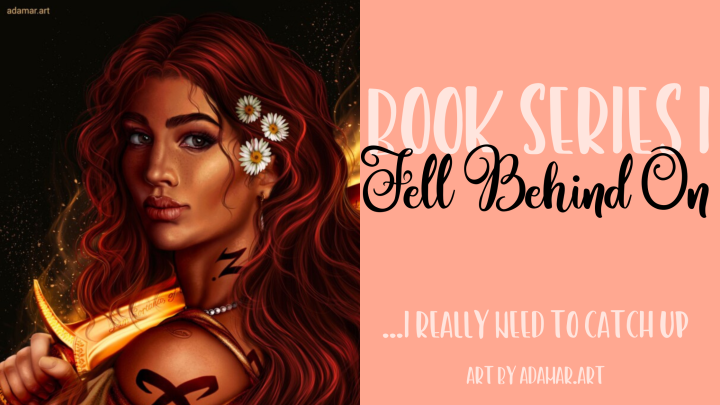 As part of my New Year’s resolution, I want to catch up on some book series I’ve been lacking on. Some of these are series I haven’t read in years, and I just never got around to reading the next installments, others are series I own and would like to finish or start. The series in question are popular ones I’ve owned and I definitely need to catch up on so I don’t spoil myself.

The Shadowhunter Chronicles by Cassandra Clare

This series is one of those ones that I started right before college. I started reading it in the summer of 2013, and I began the adventure with The Infernal Devices because I’d heard so many BookTubers talking about it (this is when BookTube was huge). I loved the story, but I definitely don’t recommend starting with this series for those just starting Cassandra Clare books. It’s possible, but these are definitely written with those who know the workings of being a Shadowhunter.

I remember bringing these books to my college classes during my freshman year. Every day, I’d arrive early to class (because I’m that type of person) and I’d just read. Most notably, my Spanish teacher took notice and she gave me a book to fuel for my love for reading (I believe it was a Jodi Picoult book which I don’t really have an interest in, but I appreciated the sentiment).

The last Cassandra Clare novel I read was City of Heavenly Fire, and I’m ashamed to admit that because over the years, I’ve heard people rave about her new books. I own a few more after that, but I definitely don’t own all of them. It’s a shame because I do love the world she’s created and the characters she’s also created.

I’m one of those people who, before a new book of a series comes out, I have to reread the whole series. And it’s because of this that I’ve put off reading her new books. I know I realistically could pick up Lady Midnight and continue from there, but it’s been so long since I’ve read these books that I need a refresher course. I also plan to read them in Cassandra Clare’s preferred order (based on this list from Rivetedlit)

The books I need to buy from this author: The Red Scrolls of Magic, The Lost Book of the White, Queen of Air and Darkness, Ghosts of the Shadow Market, Chain of Gold, and Chain of Iron (Out March 2021).

The Grishaverse Books by Leigh Bardugo

This is a series I’m already working on as I’ve been trying to read as much as I possibly could before the Netflix adaptation comes out (which I’m very excited about). I’m currently reading Six of Crows, so I don’t have many books left of this series. I’m absolutely in love with all the characters I’ve encountered thus far, especially Nikolai.

I can’t say why I ever put off reading these books in the first place. I think it’s just because I didn’t own them, but once I bought the first one, I found myself putting it off again. It was a goal of mine to read as many of these books as possible in 2020, and I definitely managed to do that for the most part.

In 2021, I want to finish this series and stay caught up on it, especially because there’s a new book coming out in March. These books already hold a special place in my heart, and I love exploring the worlds Leigh Bardugo takes us to in these books. She is a genius on world creation, and creating such an intricate society that I could only hope to live up to in the future with my own books.

The books I still need to buy from this series: King of Scars, Rule of Wolves (Out March 2021), The Language of Thorns, The Demon in the Wood, The Lives of Saints.

A Court of Thorns and Roses by Sarah J. Maas

This is one that, for the most part, I’ve read to completion. I’ve read the final book of the main trilogy, however, as I’ve stated previously, I’m a rereader through and through. I feel like I’m missing pieces of this story, and admittedly, I’ve never read A Court of Frost and Starlight. And to prepare for the newest book, I want to begin my adventures of rereading this series to experience it all again.

When I first read this series, which was also my introduction to Sarah J. Maas, I was immediately blown away by her descriptions of just about everything. She has this beautiful, lyrical way of describing the mundane that I aspire to write one day. I’ve always looked to her writing as sort of a teaching moment for myself because, despite her books’ faults, she is a fantastic writer, and I think she has some of the most beautiful writing out there. For example, I didn’t realize that she was tailoring descriptions for Feyre to be pointed in an art-based direction, and now that I know that, I want to experience it again. And it’s also inspired me to do something similar with my characters’ own voices.

Books I Don’t Own of This Series: A Court of Silver Flames (Out February 2021)

An Ember in the Ashes by Sabaa Tahir

I read the first two books about six months or so before the following book in the series came out. Since then, this series has completed, and I really want to finish this soon. I love the series and how dramatic and tense it is. I think Sabaa does a great job with this story, and I just want to see this series through. There’s only a few book series that I’ve never finished and this is one of those series I don’t intend on not finishing.

Where I left off, there was something on the cusp of a relationship, and I know Sabaa is downright evil with her characters, so I’m curious as to how evil she truly got to these characters. I’ve loved following her on her journey as she wrote these books and I’m exciting to see the ending to these characters’ stories (also this fanart I chose is driving me nuts and I have to know the context of this scene). My favorite character is probably Elias, and I want to know what happened to him because at the end of Torch Against the Night, some major things happened.

Also, who is still bitter over the cover change we got from book two to three? My series only half matches!

Books I Don’t Own of This Series: A Sky Beyond the Storm

This is the one series on this list that I haven’t read one single book for. Not one. I’ve never read a word written by Victoria Aveyard, but yet I follow her on multiple platforms. I don’t doubt that she’s a fantastic writer because I’ve seen her talk about the dedication she has to her books.

I know Victoria is one hell of a world builder. I remember her on her Instagram stories a few years back talking about making a map, and ever since, I’ve followed her tutorial (albeit a few different ways) on how she makes her map. It’s such a fun way to make maps, and I’ve never seen authors make maps, so I know she really puts in the effort to her stories.

Books I don’t own in this series: King’s Cage, War Storm 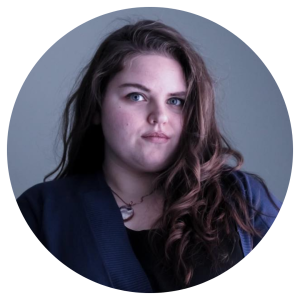 My name is Amanda, and I wanted to start a journey online of documenting all the books I’m reading. I want to share my thoughts and feelings about the things I’m reading. This blog is to help motivate me to read more and help my writing.